I grew up in Beaumont, so I know a little about where this one came from. If you go north on 11th street (US 69), you pass the brickyard pond on your left just before Delaware St. where the clay for a lot of the Beaumont bricks was dug. Continuing on US-69 about 6.5 miles, you will cross the Lower Neches Valley Authority canal (rice irrigation & flood control) then Pine Island Bayou. Now you are in Loeb Texas. Loeb still shows up on Microsoft Streets & Trips while Google Earth will take you to the First Baptist Church of Loeb in Lumberton Texas.

"In 1889 Nicholas Blanchette of Beaumont built a steam-driven brick kiln near the south bank of Pine Island Bayou. On his initial test run, he was able to produce 60,000 excellent bricks on a 10-hour shift. In July, 1891, Pattillo Higgins owned the Higgins Brick and Tile Co. nearby.

In 1895 the Diana Brick and Tile Co. kilns were built on the north side of the bayou near the ghost town of Concord, and the location took its new name from Henry Loeb, the brick company’s founder. Both locations are today within the southern limits of Lumberton, and occasionally one sees the name of Loeb perpetuated in the name of a church or business." http://www.wtblock.com/wtblockjr/Concord.htm

LOEB, TEXAS. Loeb is on U.S. Highway 69/96/287 in extreme southern Hardin County, just north of Pine Island Bayou, which separates Hardin and Jefferson counties. It is on the site of one of the earliest towns in Hardin County, known as Concord during the nineteenth century. A post office was established there as early as 1858. Concord was an important landing on Pine Island Bayou and had been an assembly point for trade to the Big Thicket during the heyday of Southeast Texas steamboating. At that time the town had several saloons and mercantile establishments. In the 1870s Concord's importance diminished, and its post office was closed in 1877. With the construction of railroads through the area in the 1880s, Concord lost its position as a shipping center for Hardin County, even though it was on the Texas and New Orleans Railroad. The community's declining economy received a boost when Henry Loeb erected his Diana Brick and Tile Company there during the early 1900s. The town was renamed Loeb, and a post office by that name was open from 1903 to 1908. Although Loeb was a flag stop on the Gulf, Beaumont and Kansas City Railway, it never became as economically important as Concord had been. Its population was estimated at twenty in the early 1940s and in the early 1990s was counted with that of nearby Lumberton, a growing suburb of Beaumont. 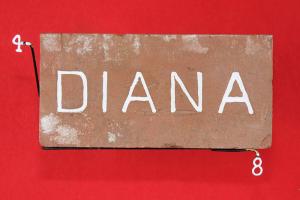