Posted by Lisa Van Doren on her blog - (clkck below)

In my very first blog I wrote on Nelsonville’s Brick Kiln Park. I showed a picture of a portion of a structure that was made from “rattled” paving bricks and said, “Companies tested the quality of their pavers by putting a number of them (the charge) plus an abrasive (the shot) into a contraption they called a Rattler which tumbled them mercilessly. The less the bricks lost in mass the better the brick.” While I’m not sure of the grammatical correctness of that last sentence I am sure that I have a photo of one of those contraptions. 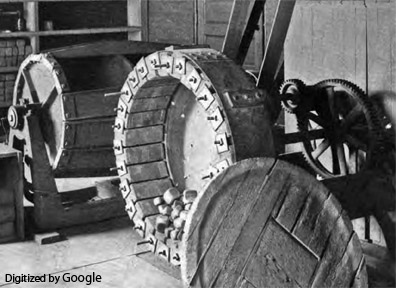 This version is a Talbot-Jones Rattler and the photo comes from a publication called, Paving Brick and Paving Brick Clays of Illinois, by the Illinois Geological Survey, 1908. I got this via Google Books—they have digitized oodles of cool old publications and it’s a great source for odd books. Anyway, nine pages are needed to explain the rattler test and its history of development. It’s a great read if you have insomnia. 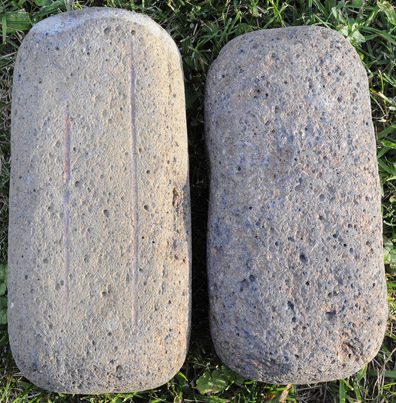 Two rattled bricks out of my collection. Note the edges these bricks have—very similar to rocks that have been tumbled around in the waters of a stream or river—very smooth and rounded.

So next time you’re hunting for bricks and come across something that looks like this you’ll know what they are and you can amaze your friends and family with your knowledge.