I travelled to Nelsonville in Athens County the other day. It’s home to Hocking College, the Hocking Valley Scenic Railway, and Brick Kiln Park—the site of the old Nelsonville Brick Company. After its closure in 1937 it fell into disrepair until the city restored the kilns that remained and made it into a small park. 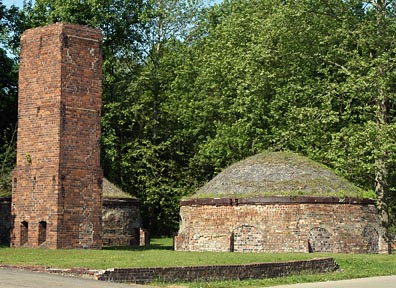 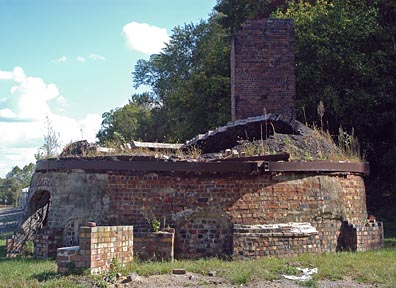 And here’s the same kiln as it currently stands...or not. The park is once again falling apart with several cave-ins and a very noticeable water problem. I would suspect that the city just doesn’t have the money for its upkeep. 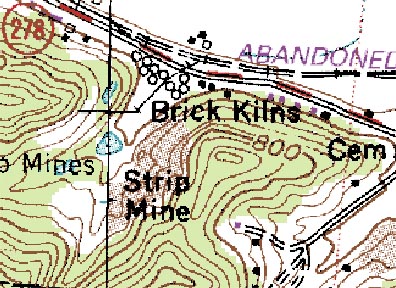 You’ll find the park along State Route 278 just northwest of town (39.459°, -82.248°). Topographic maps are a great tool to find old brick plants because even though the plant may be gone it may still show up on the topo. Other relevant features can also be seen. In this case, you see strip mines where clay, shale, or coal for fuel were extracted, as well as an abandoned railroad spur into the plant.

The restored kilns along the road are only a “front” for the rest of the story. If you venture into the woods behind them you’ll find the ruins of the other parts of the plant. 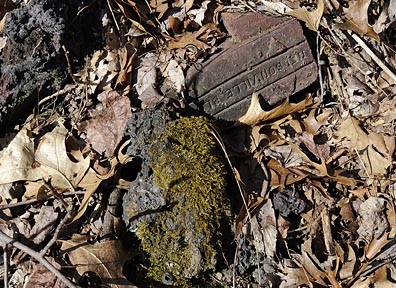 Throughout the area the ground is littered with bricks—mostly pavers. Most were discarded because they were misfired. Blobs of brick-wannabes lie rather sadly on the forest floor next to other discarded material. 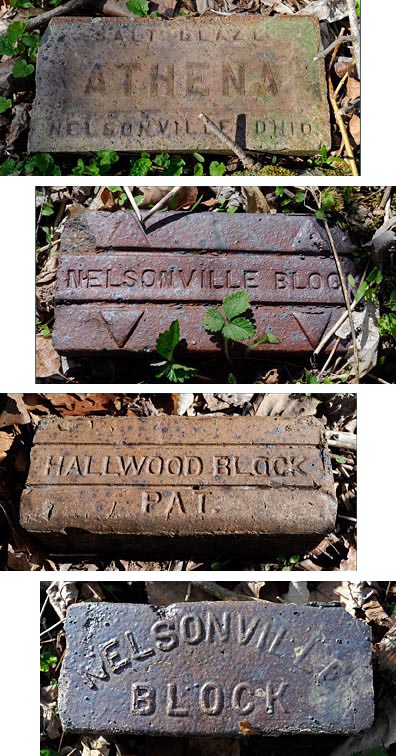 Here are the usual suspects—the Athena brick at the top is a building brick advertising it’s salt glaze. Salt-glazed bricks were a specialty of the Nelsonville Brick Company. It resulted in a very attractive, shiny brick. The other three are pavers and show the salt glaze better than the Athena brick. I shot these pictures as I found the bricks—wanting to disturb the area as little as possible. 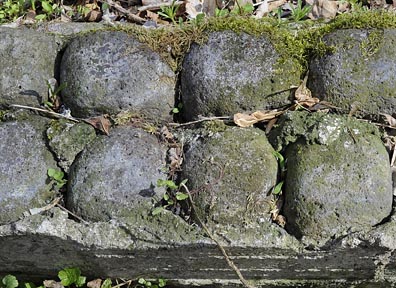 No these aren’t cobblestone. What we have here are paving bricks that were “rattled” and then given a second life as some kind of wall within the plant. Companies tested the quality of their pavers by putting a number of them (the charge) plus an abrasive (the shot) into a contraption they called a Rattler which tumbled them mercilessly. The less the bricks lost in mass the better the brick. 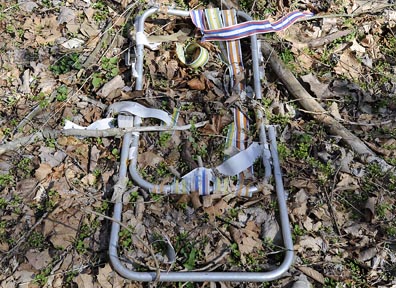 Ahhh, time to sit a spell and look out over the many pits and mounds that hint at what used to be here. 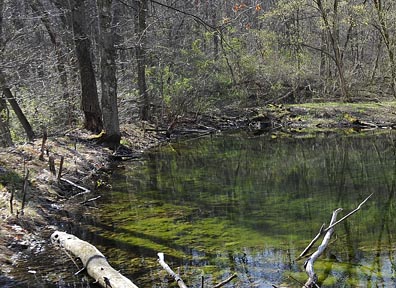 Now that I’m rested let’s take a look at this man-made pond. The company dammed up a little stream for some purpose. But look at how clear the water is and how green it appears with the masses of algae on the bottom. Quite striking if not a little odd. 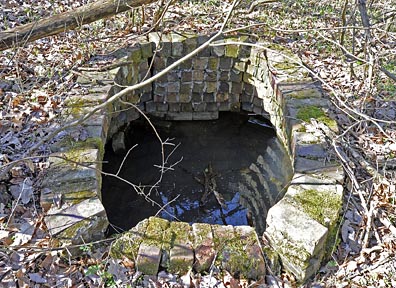 This remnant sat right next to some railroad tracks—your guess is as good as mine. 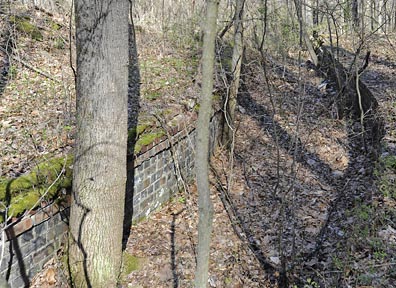 This might have been a railroad spur leading from the strip mines to where the cars of coal or clay were dumped into the big building below it (next photo). Kind of fun to speculate. 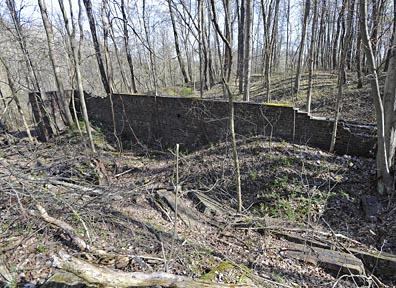 Here’s the biggest bit left that I found. This building probably measured around 20-feet wide by 80-feet long. 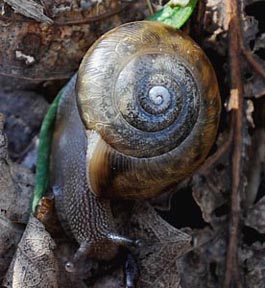 Always be aware of where you’re walking for a variety of reasons. Almost stepped on this little guy. It’s a good bet he wouldn’t have been able to rush out of my way had I not seen him. 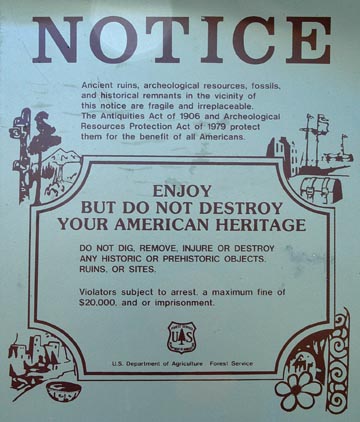 And finally a sign to take to heart. The fine print on this U.S. Forest Service sign says, “Ancient ruins, archeological resources, fossils, and historical remnants in the vicinity of this notice are fragile and irreplaceable. The Antiquities Act of 1906 and Archeological Resources Protection Act of 1979 protect them for the benefit of all Americans.” Just take pictures please. 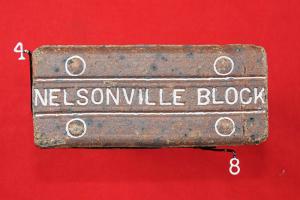